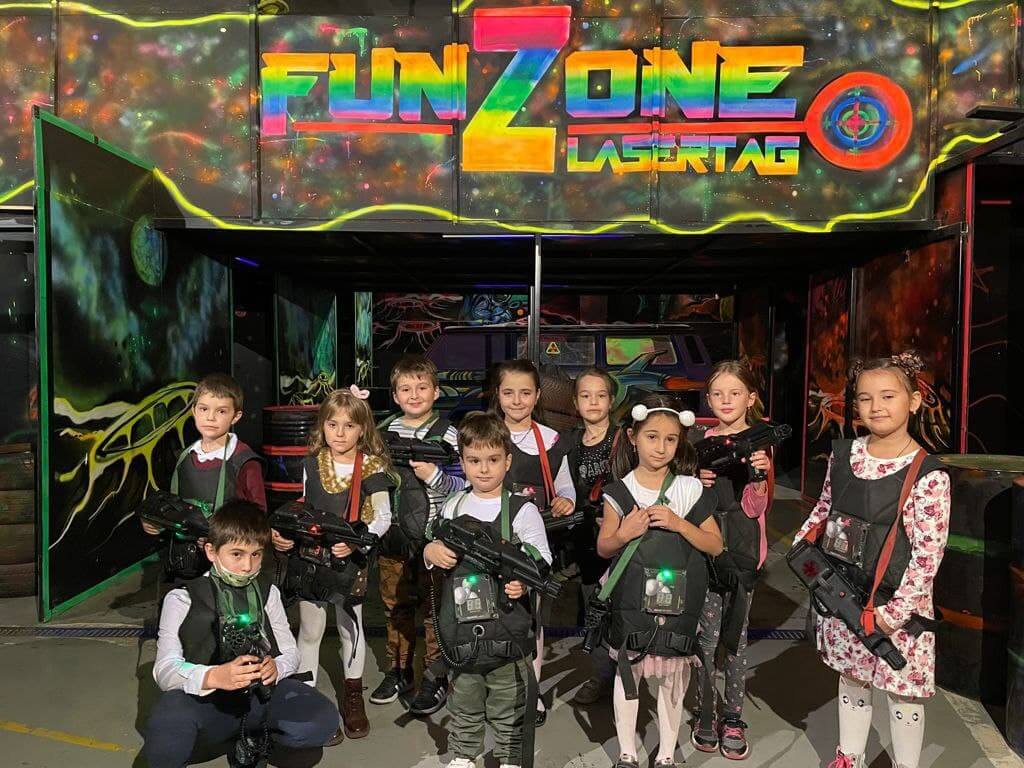 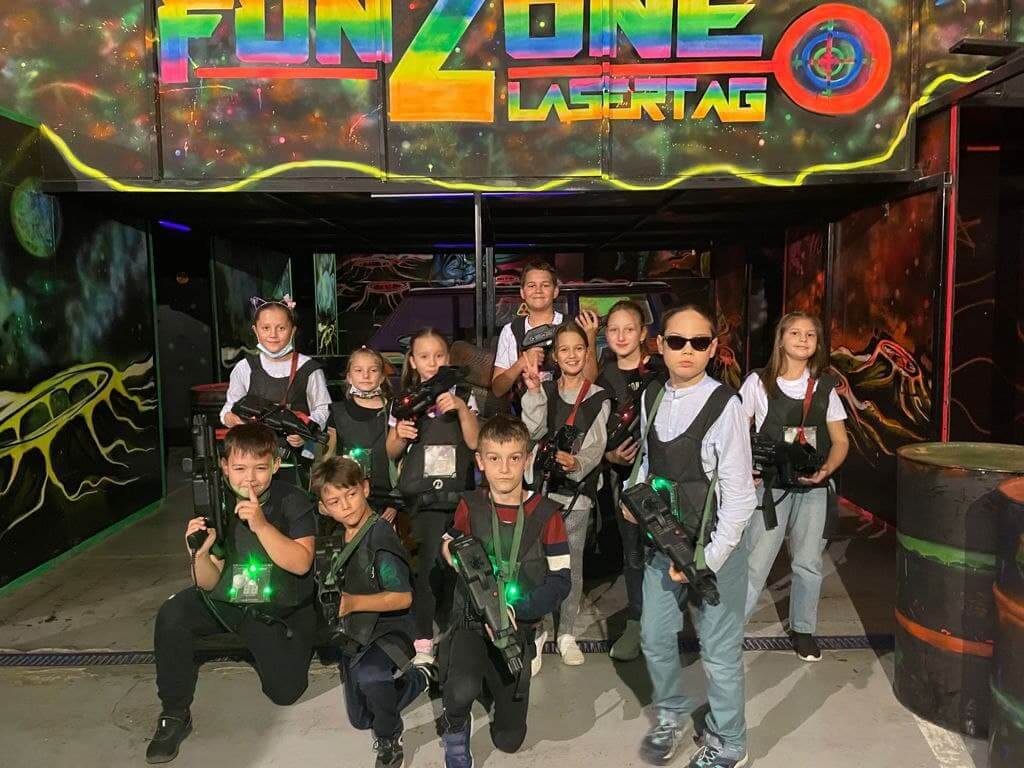 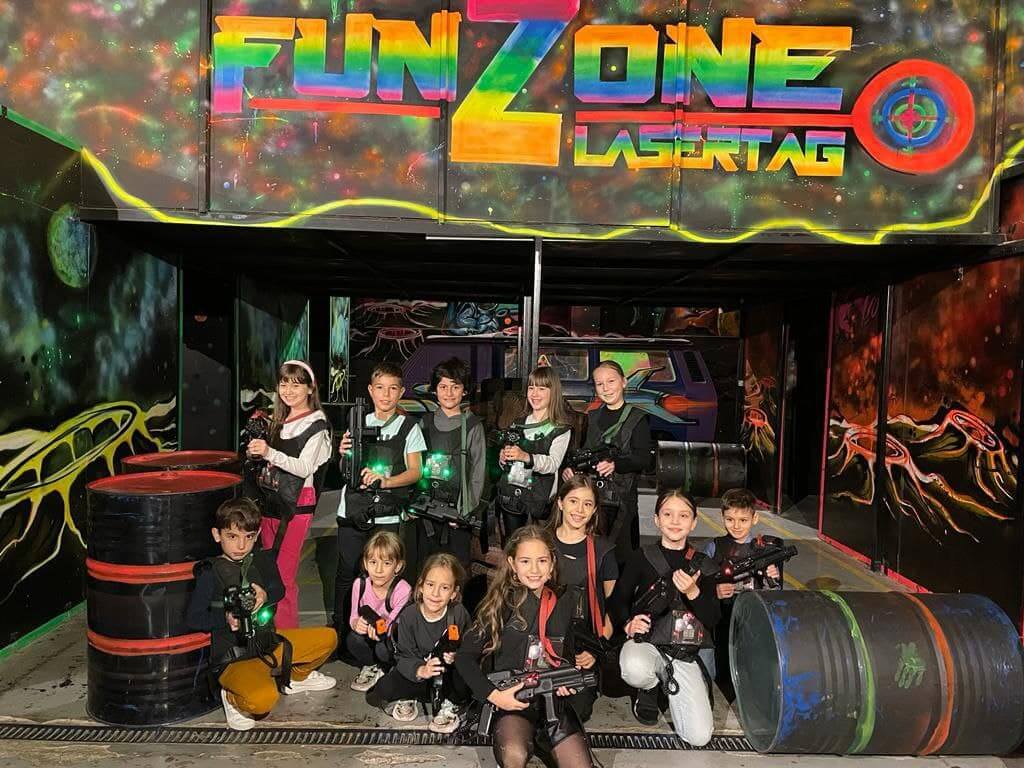 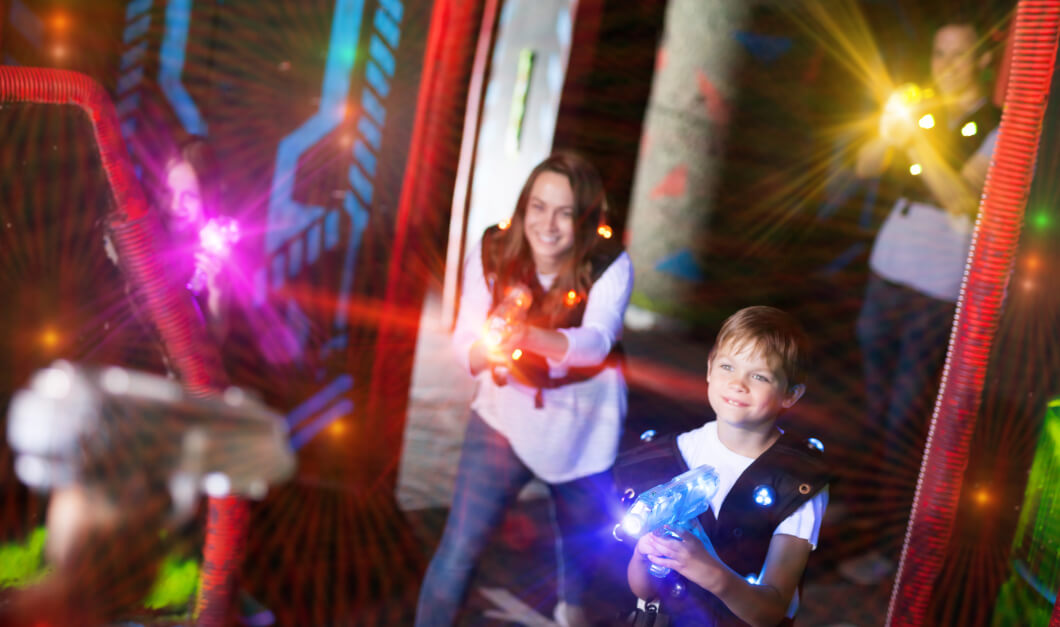 LaserTag is a high-tech indoor combat sport, in a specially designed arena consisting of a maze with a huge floor and obstacles.

Each player receives an electronic vest and a high-tech laser gun to target their opponents with a completely harmless infrared system.

The game takes place in a 400 sqm arena specially arranged consisting of a huge maze and obstacles (cars, tires, barrels, etc.). During the game it is semi-dark, the space is invaded by rhythmic music and smoke.

The game equipment consists of a vest and a weapon: 10 red and 10 green vests.

For this experience, a minimum number of 6 players and a maximum of 20 are required.

The ammunition is unlimited and is represented by the laser, which is received by the sensors on the players' vests. The monitoring software records the activity of the players (ie who targeted whom and how many times) and issues at the end of the game a report showing the individual score, per team, and the general evolution of the players.

The goal is to score as many points individually as for the team!

It lasts 15 or 20 minutes, depending on the players' preferences

You can opt for solo game or team game.

Choose what best suits you from below.

Ready to get the adrenaline pumping?

Ready to get the adrenaline pumping? Three games included.
Price valid for one person, from Monday - Thursday 09:00 - 16:00.

Ready to get the adrenaline pumping?

people are born to be happy